We are creating the biggest guide to Hideyuki Kikuchi's original light novels, manga adaptations, films and you can help!

All users must follow the rules and policies prescribed or appropriate actions will be taken. Rules can be found here:Wiki Frontier Rules 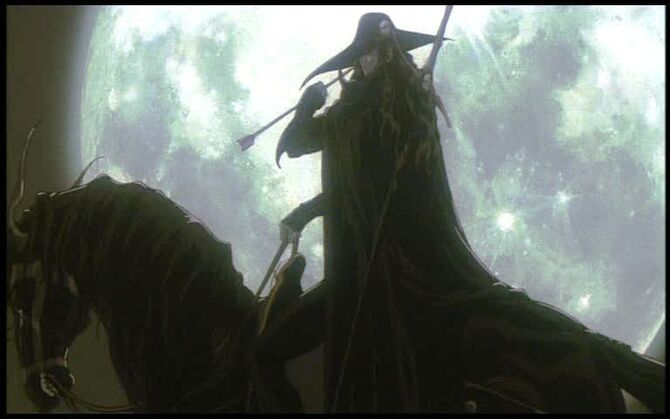 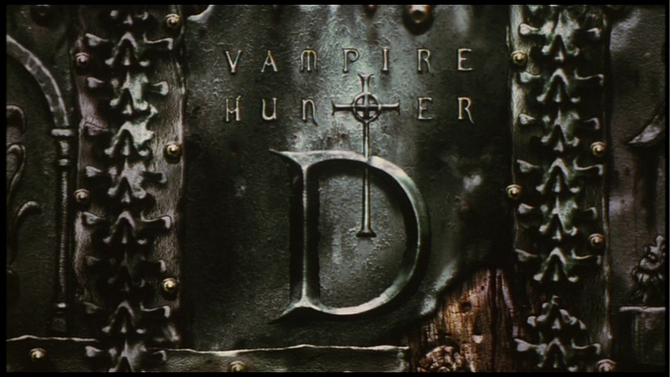 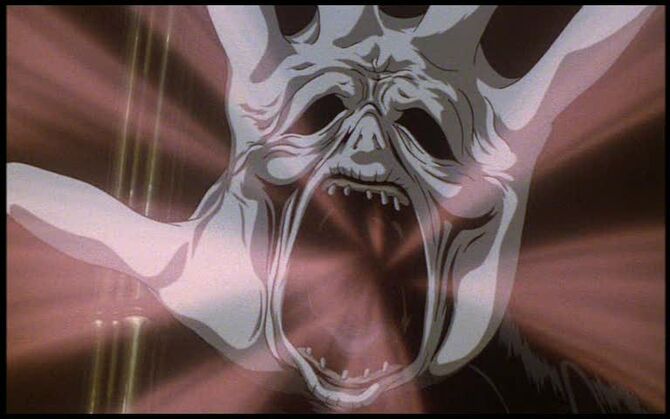 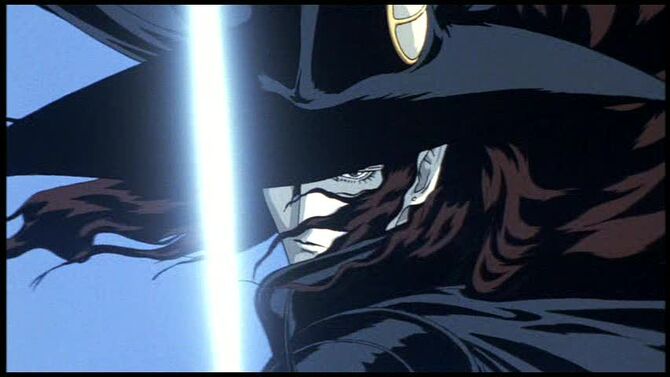 The Noble Greylancer english official translator Takami Nieda in response to a fan and wiki member has confirmed that more titles in the series that have already been published in japan can be translated and published officially in English and released! https://mobile.twitter.com/TNieda/status/1196910891536531457

As said in order for this to happen though FANS MUST INQUIRE ABOUT IT!

Another thing to consider inquiring about is another series that has yet to be translated as well that maybe many are not aware of known as Dhampir Hunting with the beautiful Olivia Cross who is the main character in the series who seems to be a female Dhampir much like D! 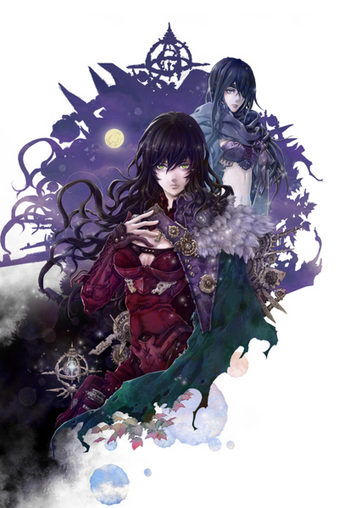 So I implore fans to flood the e-mail and twitter feeds and express how much you want these series translated!

I would suggest in the subject line Putting both The Noble Greylancer: Blood of a Hero and Vampire Hunter Gaiden: Dhampir Hunting to make your message clear to them you want them translated ASAP!

Even if you e-mailed them already and forgot about the other....no harm e-mailing them or messaging them again.....and again.

There is one thing I think most fans are feeling most is being tired of waiting for more releases....

Series art creator Yoshitaka Amano and the creators of Resident Evil are teaming up for a new animated series called Gibiate:

The series seems to be set in Japan in the year 2030 where an ongoing apocalypse is happening in the form of a virus that is spreading across the world turning people into various monstrosities. This Gibia virus as its named, is very radical, varying in its reaction when in contact with people based on age, sex, race. Unlike D though, the main protagonist is not one(or two) but three, two from the past traveling seemingly in time to this era from Edo Japan to meet the third. This trio comes in the form of a dual sword wielding samurai named Kanzaki Sensui, and a half blood named Kathleen who is an assistant to a prominent doctor, and a ninja named Sanad Kenroku. 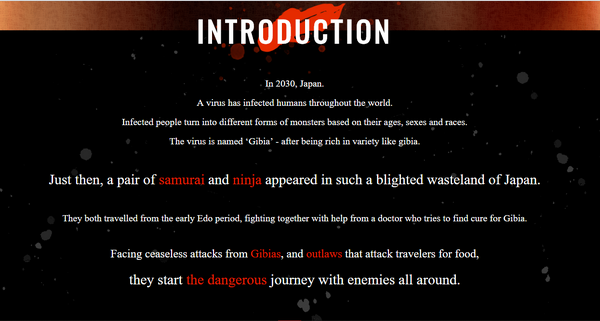 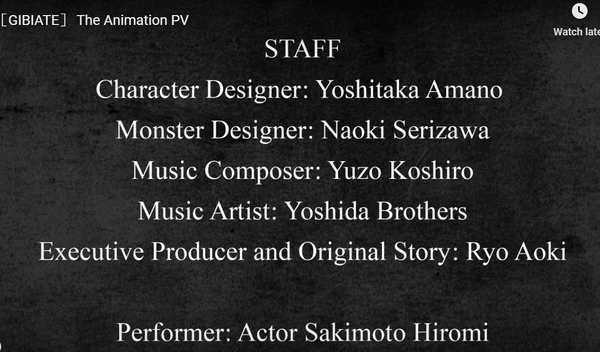 This was announced at Anime Expo 2019 set to release in 2020 as it says here in the article: http://nukethefridge.com/gibiate/

The official site for it is here:https://gibiate.com/anime/en/

The official twitter also posted the trailer for it and may give more updates here:https://twitter.com/gibiateproject/status/1148037234139922433

Here some more on the characters found on the site: 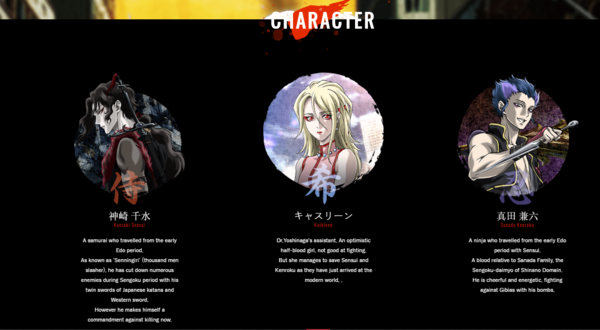 Vampire Hunter D issue #2 (cover A by Michael Broussard and cover B by Jae Lee) can be Pre-Ordered now at a DISCOUNT at MidtownComics! https://www.midtowncomics.com You had until October 20 to Pre-Order issue 1 the codes may be used for ordering(not confirmed).

Barbarois is a community of Mutants, Demons and various other creatures that have been interbreeding for many years. They are indebted to the Sacred Ancestor, and finally choose to help D, but Grove interrupts and the carriage leaves against the will of the elder. The village itself is hidden behind mountains, its walls are equipped with laser cannons and mutants hide behind rocks around it. Like any normal village, it contains houses and a town square, and the ground is covered with grass, meaning there is no corruption.

Eris is the adopted daughter of a Widow in the village of Razin . She is an extraordinary physical specimen further amplified by her cyborg enhancements, and The Weapons Master of Razin , a title that matches her physical zenith that  towers above all others.

See more about The Weapons Master...

The Playground Is a wasteland area that exist somewhere in between an airport in the Eastern Frontier and the Capital. The area takes six hours to fly over by Sky Bus. It is an area that is almost a perfect circle three hundred miles in diameter. Entry into the playground is strictly prohibited for any reason. If a child wonder into it no one is allowed to search for them. An aerial vehicle crash landing there it is out of the question for a search party to be sent out.

See more about The Playground

The work on the comic is coming to a completion of the series according to the latest update from VHD the Series own Scott McLean and Kurt Rauer. A surprise addition is that we will be getting a redone Message from Mars number one comic from work by Ryan Benjamin which is shown in the preview picture. There are only some last bits left in tying things up such as notes, edits, and revisions, particularly any feedback from Hideyuki Kikuchi.

The full update is here:

Long before Ryan started work on Message from Mars, he and Underworld scribe Kevin Grevioux we're working on their original series, Brother's Bond, which they published via Webtoons. Their Eisner nominated series is now getting a collected print edition and the campaign launched today on Kickstarter.

You can check it out here - https://www.kickstarter.com/projects/rocketship/brothers-bond-the-collected-edition

Ryan is closing in on finishing the art for the Vampire Hunter D: Message from Mars series. We still have to leave time for notes, edits, and revisions, particularly any feedback from Kikuchi-san, but we're closing in on being ready to print. Over the coming weeks, we'll be posting more art previews, likely starting after San Diego Comic-Con(which is next week).

We also want to make sure everyone is aware that Ryan has redone issue 1, so that the collected edition will seamlessly flow together.

The comic is officially moving forward with veteran artists Ryan Benjamin and Richard Friend! They will be replacing Micheal Broussard in the main artist capacity. Its said Micheal Broussard is having some family illness to take care of. Well wishes, thoughts, and prayers go out to him and his family.

You can view some stunning preview art by them on the Vampire Hunter D: Message from Mars page! You can also check out the article here: https://www.animenewsnetwork.com/news/2018-02-22/exclusive-vampire-hunter-d-comic-switches-artists/.128096#gallery_top

The pilot for Vampire hunter D the series is being put together and worked on written by Brandon Easton and may soon be released! The Pilot is based on and adapted from the Mysterious Journey to the North Sea!!! Now remember this is ONLY the pilot! Whether or not the series actually begins here is still unknown!

Message from VHD The Series:

If you're in the Los Angeles area, come out and join us for the launch party on Nov 12th!

The first ever Vampire Hunter D comic book, based on the short story by Hideyuki Kikuchi, Message from Cecile. This story has never before been translated. Check out the link blow to see how you can get the first issue and some brand new Vampire Hunter D merchandise. Also click here to go to the news page to check out more information on this.

Need a hand? The Resurrection Team is making a 3d print out design for LEFT HAND to give away! Check out for details as we get them!