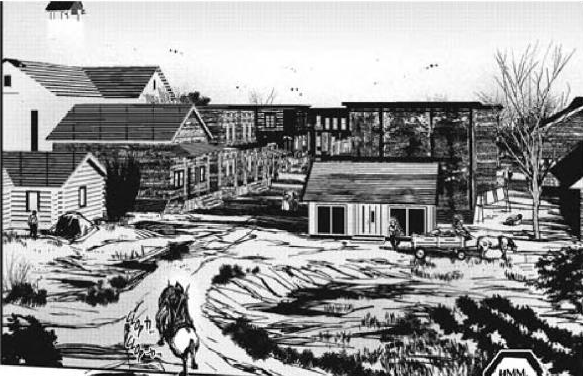 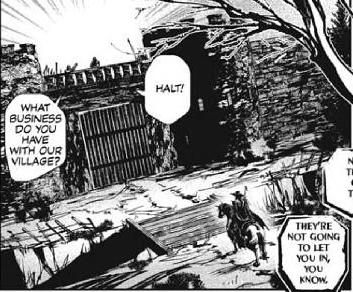 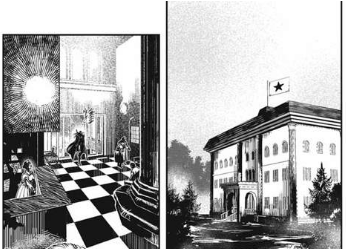 A two-hundred-year-old village whose name is never given. Like any of the village, it's surrounded by double or triple walls to keep out all kinds of foul creatures and verdigris-covered javelin launchers and flamethrower nozzles poke out of the stockade fences in every possible direction There's a lookout hut next to the gate. The wide main street tuns straight from the gate into the village, and to either side are rows of shops and homes. This is the same layout you'd find anywhere, but this is the only village where humans and Nobility coexisted in peace.

There's a hospital on the edge of the village. Unlike most communities, it includes vast expanses of fragrant green forests and farmland, all of which seem to be nestled between hills covered with neat orchards of verdant fruit trees. This village of five hundred harvests enough to feed nearly twenty times that number, and four times a year, when the entire village is done packing up their bounty, fifty massive transport vehicles haul it roughly sixty miles south to the fright station where it's then shipped out to more impoverished villages on the Frontier or to the distant Capital. Homes and infrastructure in this village show comparatively little wear due to the income generated by their food surplus. In a manner of speaking this is a perfect world, but it exists only in a dream.